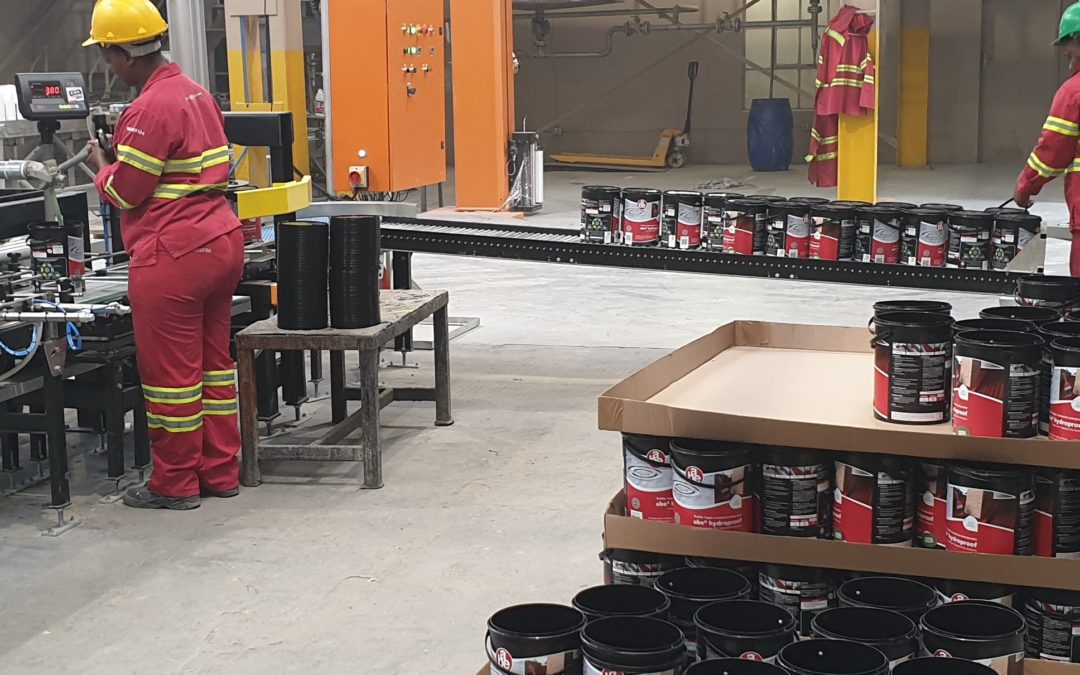 The first stage of the modernisation of production by a.b.e.® in 2019 called for an investment of about R3.5 million and another R4 million will be invested for the second stage – involving increased automation, in particular – in 2020.

a.b.e.® Construction Chemicals was founded in 1932 but started operations in 1939 in Durban as a supplier of bitumen to municipalities in KwaZulu-Natal. The company has over the years grown in both size and diversity to become a major supplier of specialised construction products to the building, civil engineering and building maintenance industries, supplying products directly to customers through its branch network as well as through builders’ merchants and hardware stores.

Winter says a.b.e.® – after more than eight decades of traditional production methods – needed an injection of best practice: “In our case that meant workflow maximisation, increased automation, and slashing of production costs. ‘Best practice’ is a technique generally accepted as preferable to alternatives because it produces results superior to other means – and this is precisely what we have implemented for the restructuring and streamlining of the a.b.e.® production processes at both the company’s Isipingo and Boksburg factories,” he states.

At the Isipingo plant, best practice was introduced in September 2019 with the implementation of measures such as revising the plant layout, minimising manual labour, introducing computerised logic control systems, and installing modern equipment to handle operations such as product conveying, in-line weighing, box taping, and shrink wrapping.

“It was also decided to move production of the popular a.b.e.® Hydroproof waterproofing range to Boksburg where a new continuous flow production process is now in place for increased productivity. The relocation of Hydroproof production to Boksburg was influenced by the fact that Hydroproof’s main markets are far removed from KZN and mainly centred in Gauteng and the Western Cape. importantly, it also meant that spare labour capacity at Boksburg could be utilised,” Winter stated.

“The introduction of production methods and equipment to achieve best practice has been a challenging process for a.b.e.® which started manufacturing back in 1938, using equipment and systems unheard of in those pre-war days. Introducing best practice has not only called for staff training but also for staff buy-in, which is always a formidable quest. But change is vital to safeguard the future of all at a.b.e.®,” he added.