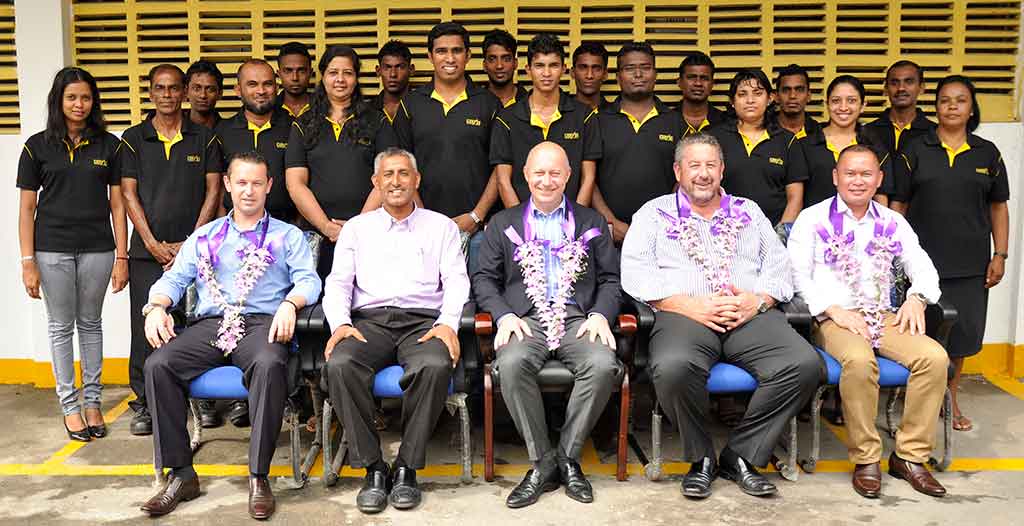 The purchasing of controlling interests in CST follows the acquisition of Chryso itself by a leading European equity firm, LBO France, at the end of October this year. Norman Seymore, vice president of the Chryso Group globally and CEO of the Chryso Southern Africa Group, said at the time that the new ownership would provide Chryso with expanded credit reserves to expedite large-scaled expansion and acquisition plans that formed part of the Chryso future growth strategy.

Seymore will form part of the team to drive the operations of Chryso/CST based in Seeduwa, close to Colombo International Airport in Sri Lanka.

“CST is extremely active in the concrete admixture and construction systems markets in Sri Lanka and is an appropriate platform to fully service fast-growing local demand: the admixture market in Sri Lanka has grown by around 30% in the past few years. As a result of the Chryso international network, the Sri Lankan market will benefit from the high level of expertise and technology on construction materials, and innovative solutions that Chryso can bring to the enterprising local company. Chryso is now the only admixture producer to have a fully installed manufacturing plant in what is expected to become an extremely competitive market in Sri Lanka. CST is also well-equipped in the fields of technology and  quality control and has its own laboratory on site,” Seymore stated.

“There is also strong potential for the sale of products from another member of the Chryso Southern Africa Group, a.b.e.® Construction Chemicals. In fact, a.b.e.® products is already being sold in Sri Lanka via CST.”

Seymore said CST had shown impressive growth and was – now that internal political strife is under control – well set to benefit from the foreign investments and opportunities offered by the GDP growth of 7 to 9% predicted for Sri Lanka in the next five years. “Post-war Sri Lanka holds tremendous potential for the construction industry, which enjoys strong government support. Demand for hotel rooms is, for example, likely to double as Sri Lankan tourism prepares for 2,5 million tourists in 2016.”

Among the major Asian projects for which CST has supplied admixtures in recent years are the Taisei Corporation’s Tokyo Outer Circular Highway Phase 2, Uma Oya Development Project (which features two major Rller Compacted Concrete dams and 20kms of concrete tunnels), the luxury Shangri La Hotel in Colombo, and the Matara track development for Sri Lanka Railways. The company is also involved in supplying large volumes of grinding aids to the local cement industry.

Ebrahim Seedat, the founder of CST, is now MD of Chryso/CST and serves on the new company’s board of directors with Seymore and two other Chryso executives: Thierry Bernard, the Chryso Group’s CEO; and Jerome Besnoux, Chryso Gulf GM.