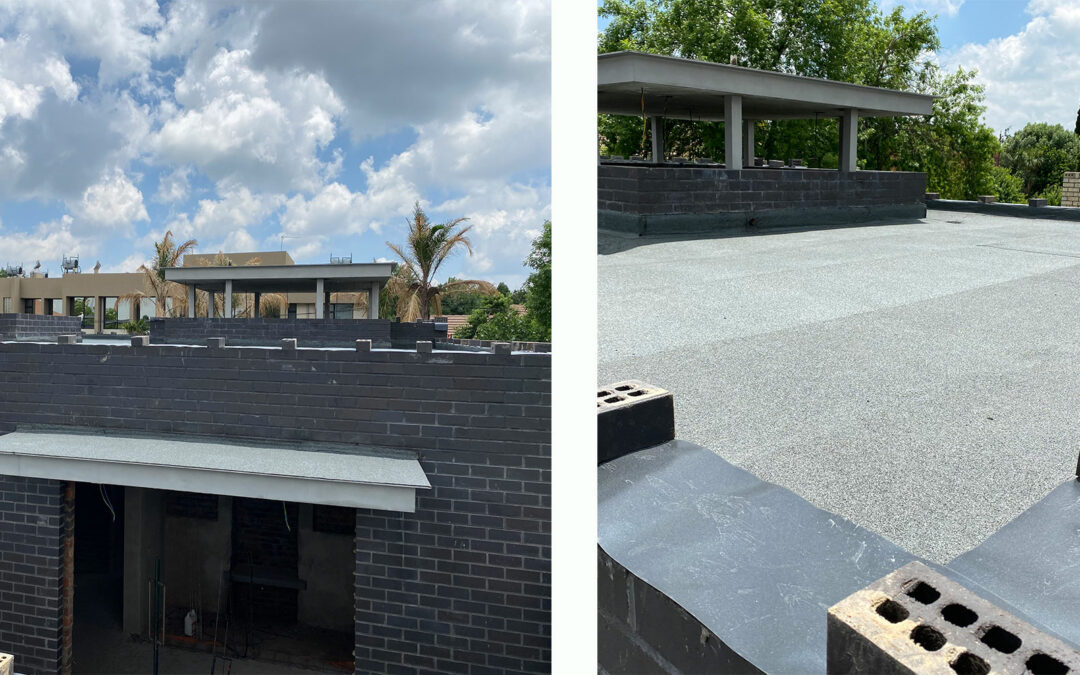 slatex 2000 is a bituminised roofing felt, faced over half its width with a heat-laminated layer of aluminium foil.

Starting at the lowest point of the slope, roll slatex 2000 out across the roof parallel to the eaves. The aluminium foil strip must face upward on the lower half of the slatex. The slatex 2000 is then nailed, with large headed copper clout nails, through the unprotected felt, onto a batten. In aggressive coastal environments it is safer to use Muntz metal (63 copper, 36 zinc, 1 tin) clout nails if available. After slating over the aluminium area the next strip of slatex 2000 is applied in similar fashion so that the aluminium foil coated area of the second sheet overlaps the uncoated strip of the first sheet.

Work proceeds up the slope of the roof until the entire area has been slated. End laps in the felt must be overlapped by a minimum of 150mm.

Apply slate tiles, which will act as the final finish.

Care must be taken when unrolling slatex 2000 if the temperature is below 5°C.

The slating underlay will be slatex 2000, an asphaltic waterproofing membrane with a fibre felt carrier incorporating a heat-laminated reflective aluminium facing over half its width, applied in accordance with the recommendations of a.b.e.® Construction Chemicals.

This product has a shelf life of 24 months if kept in a dry cool place in the original packaging. In more extreme conditions this period might be shortened.

Rolls should be stacked upright, no more than three high.

Where other products are to be used in conjunction with this material, the relevant technical data sheets should be consulted to determine total requirements. a.b.e.® Construction Chemicals has a wealth of technical and practical experience built up over years in the company’s pursuit of excellence in building and construction technology.