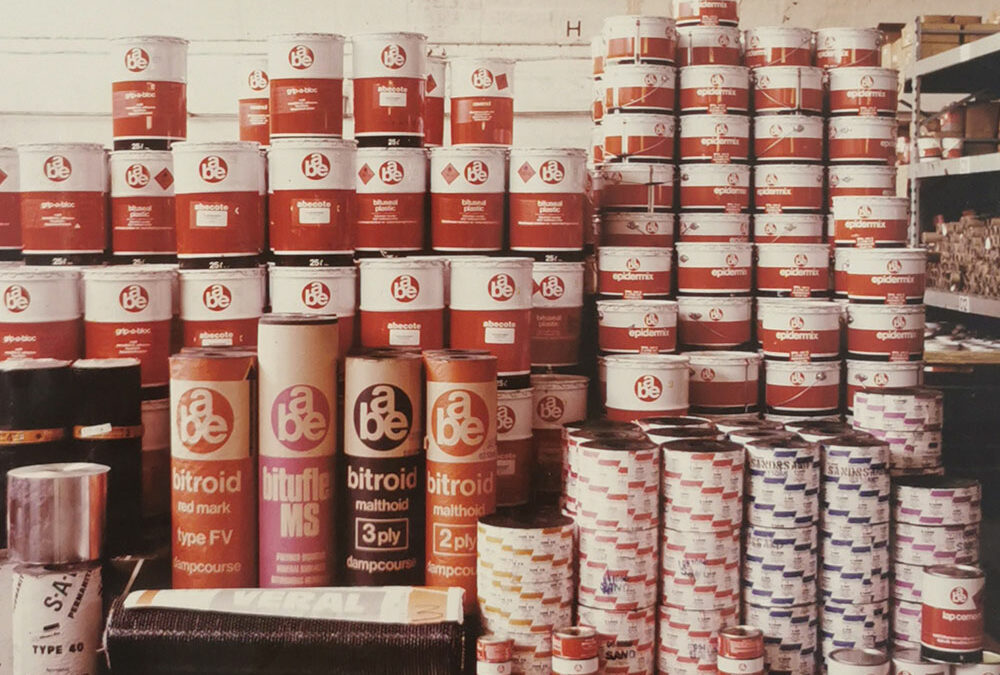 It took courage, back in 1932, to start a new business while an impoverished world was in the middle of the most severe economic depression ever. Yet the Durban founders of African Bitumen Emulsions did just that. Today, 90 years later, their brave new enterprise, now called a.b.e.® Construction Chemicals, is very much alive and a dynamic market leader in sub-Saharan Africa.

a.b.e.®’s stature started to grow in 1939 when it became a supplier of bitumen to what were then Natal municipalities and further similar operations were subsequently established in Johannesburg in 1940, in Cape Town in 1950, and then Port Elizabeth in 1953. Over the years, a.b.e.® has grown in size and diversity to become a major supplier of specialised construction products to the building, civil engineering, and building maintenance industries. Products are supplied through branches as well as builders’ merchants and hardware stores. Now part of the Saint-Gobain global group, a.b.e.® has factories in Boksburg and Durban, and a network of branches and distributors throughout South Africa, sub-Saharan Africa, and the Indian Ocean Islands.

Some of the bitumen-linked products produced in Durban so many decades ago have become household names in the hardware industry. Back in 1949, for example, a.b.e.®’s perennial bitumen liquid waterproofing product, super laykold, was launched to pave the way for what is now an extensive and trusted range of waterproofing products that include the bitumen/acrylic blend waterproofer, super laycryl, which has also earned the trust of generations of users.

a.b.e.® started a flooring and adhesives division in 1946 with the brands, abescreed, and epidermix, leading the way. Today, 76 years later, these products are still in great demand and are but two of a large and well-known a.b.e.® range for the flooring and adhesive sectors.

With a market consisting of large construction companies to small housebuilders, as well as specifiers, developers, facility managers, agriculture co-ops, and engineers, a.b.e.® manufactures, imports and distributes a range of specialised products used in the construction, renovation, waterproofing, and maintenance of buildings and structures. The company’s products are stocked by huge national hardware and building suppliers as well as the small rural hardware stores in the platteland.

* Waterproofing products for virtually any structure including roofs, dams, brick walls – and even shower floors and koi ponds;

* Concrete repair and protection systems, specified and used on thousands of structures that would otherwise have been demolished prematurely. The preservation of key State-owned properties must have saved the South African economy vast amounts of replacement expenditure;

* Industrial flooring products to protect and improve concrete floors. Some protect the floors from chemical attack in process plants, while others provide extremely hard-wearing surfaces in factories and warehouses;

* Silicone sealants for concrete expansion joints applied to many airport runways nationally, and glazing structural adhesives used for the construction of hundreds of glass-walled office and residential towers throughout the African continent; and

* A wide range of coatings that include high-performance Polyurea coatings now increasingly specified for formidable sealing projects – even shark tanks. Other a.b.e. coatings are regularly the preferred choice to protect various surfaces from chemical and atmospheric environments.

a.b.e.® has also brought top global technology to our shores. It holds local distribution rights for the full range of protective coatings and joint fillers produced by VIP (Voelkel Industrie Produkte) in Germany, internationally renowned Polyurea producers; and for Dowsil (formerly Dow Corning) renowned Belgian manufacturers of silicone sealants for the structural bonding of glass, metal, and other building components. a.b.e.® has also locally supplied the waterproofing range of Italy’s Index, the world’s leading producer of bitumen waterproofing membranes, since 1993.

a.b.e. expanded the direct supply of specialised products through a new Retail Division in 1997 which has grown from strength to strength since with the familiar a.b.e.® red and black packaging now prominent throughout Southern African hardware outlets.

A turning point in a.b.e.®’s growth came in 2010 when it delisted from the JSE AltX and was acquired by CHRYSO Southern Africa – now also part of Saint-Gobain. Chryso SA rejuvenated the historic company with new technologies and research and development programmes to modernise a.b.e.® and lift its position in the market even further.

In recent years, a.b.e.® clearly showed that it is now indeed a high-tech modern company with several progressive developments, such as new ‘Best Practice’ innovations, to boost productivity.  Research and Development initiatives have optimised product performance and quality: the company now holds ISO9001 accreditation for its Boksburg, Isipingo, and Mount Edgecombe factories as well as other operations. a.b.e.® has also strived to be a responsible producer environmentally with its modified powdered products helping to reduce the construction industry’s carbon footprint.  a.b.e.®’s “dustless” cementitious powders, as well as the new low VOC waterproofing range, have been widely acclaimed.

Rob Winter, a.b.e.® GM, says, as a.b.e.® moves towards a century of operations, the company has no intention of resting on its laurels.

“As part of Saint-Gobain, a European giant in the construction and ancillary industries, we will draw on its vast resources to continue to grow:  improving our environmental footprint, our systems as well as production facilities, and strengthening our research and development programmes. New products will be launched to further enhance our product range and service to customers. a.b.e.® has survived a Depression, World War, and the devastating Covid-19 pandemic. We are now truly a state-of-the-art 21st Century business,” Winter states. 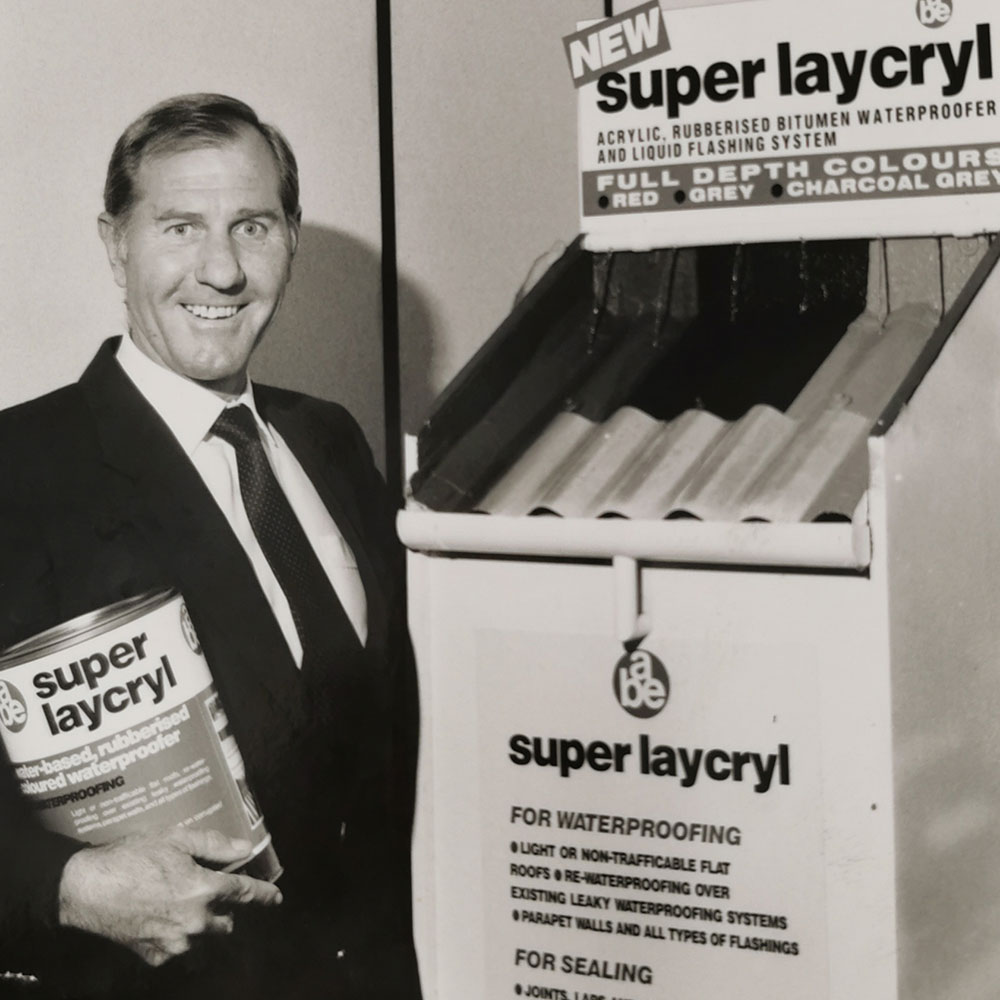 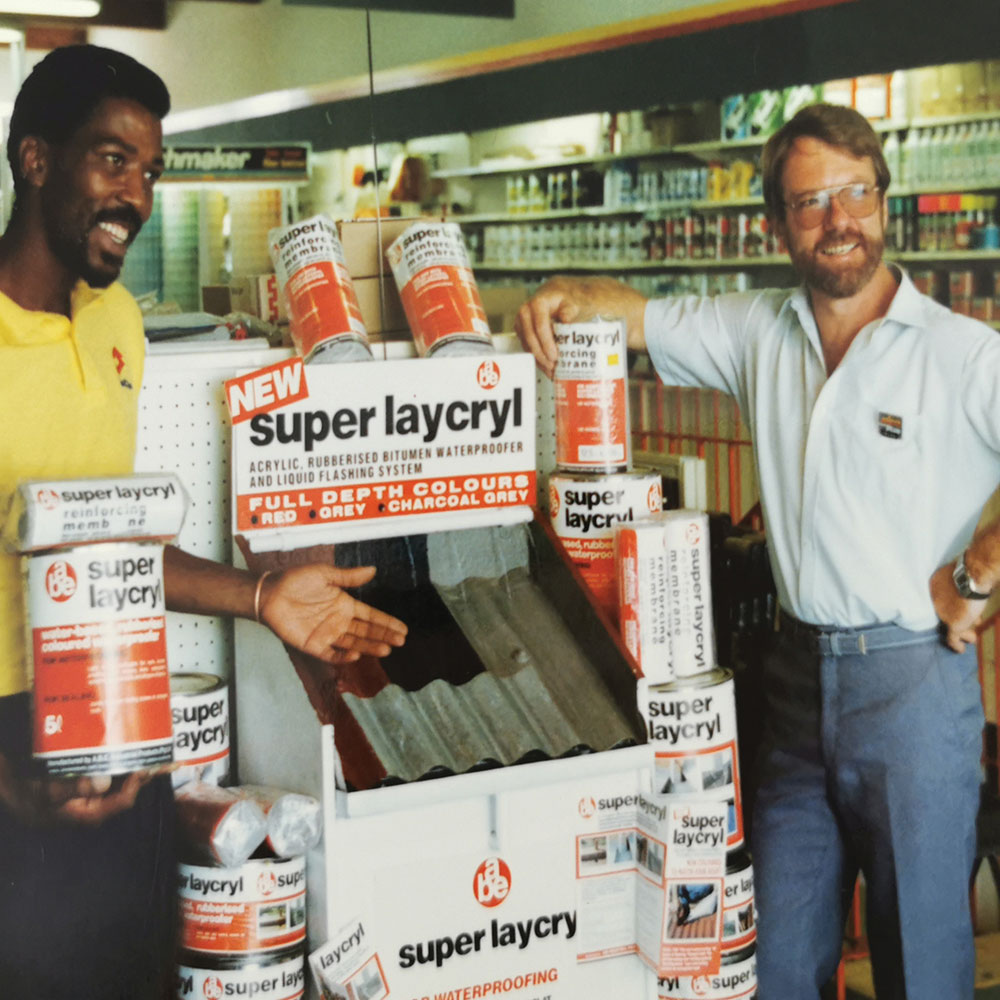 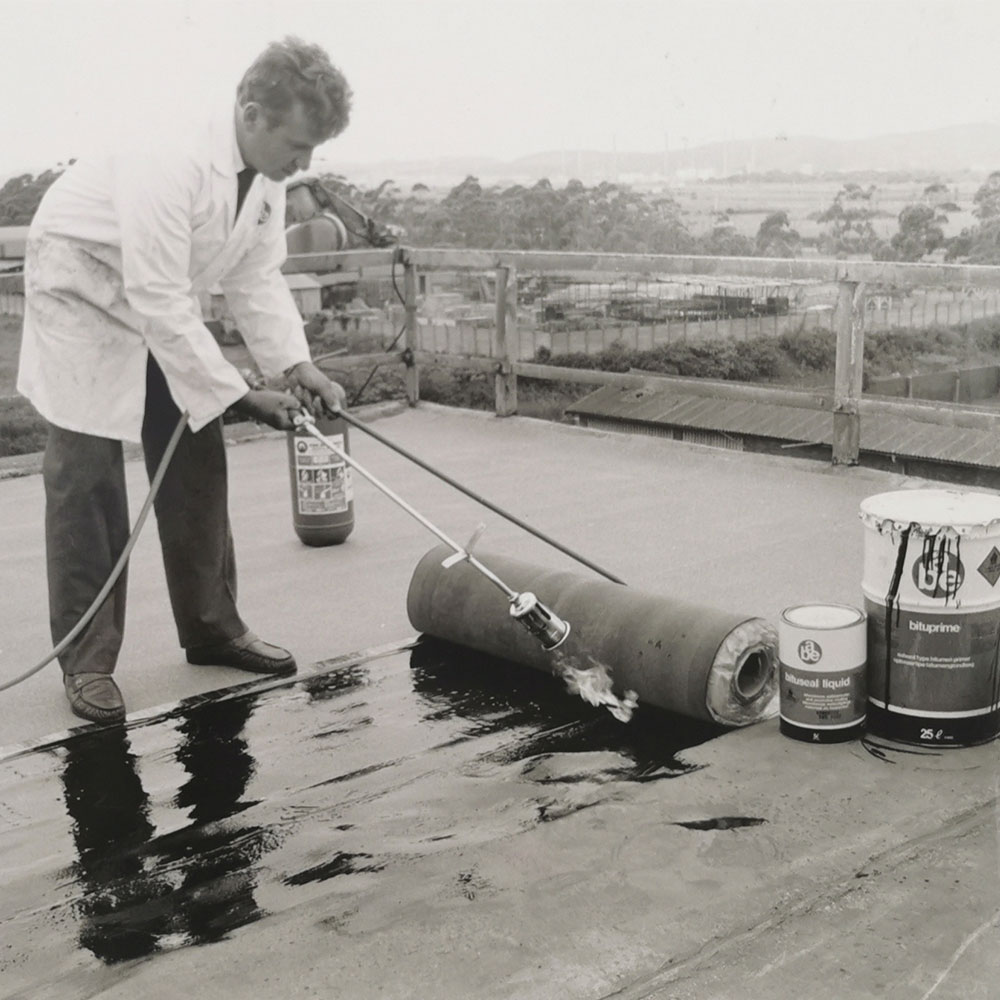 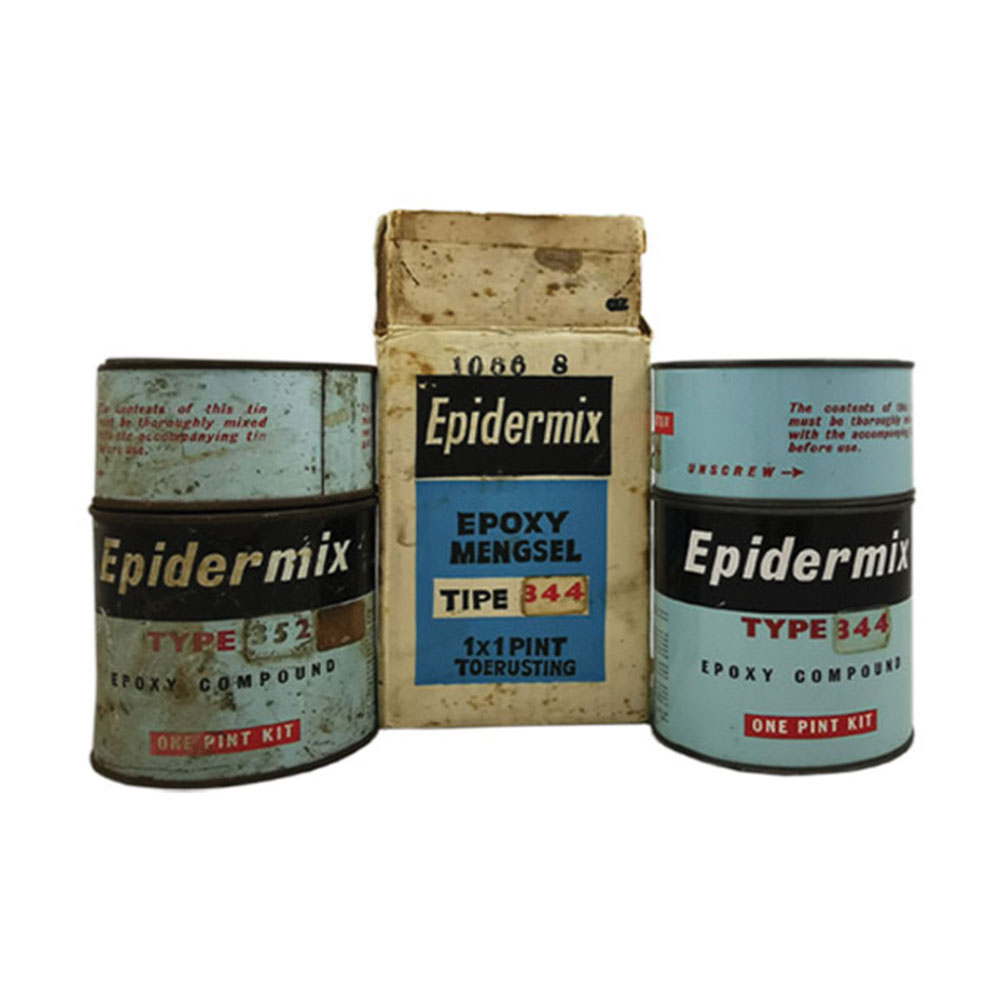 View timeline
Memory Lane
We use cookies on our website to give you the most relevant experience by remembering your preferences and repeat visits. By clicking “Accept”, you consent to the use of ALL the cookies.
AcceptRefuseManage my cookies
Manage consent