dura.®joint waterstops, supplied by a.b.e.® Construction Chemicals, part of the Chryso Southern Africa Group, are being used for the construction of two major hydroelectric power projects outside South Africa’s borders.

For the KGL project, situated on the lower part of Kafue River in Zambia, just upstream from where it enters the Zambezi river, a.b.e.® supplied about 22 000 linear metres of dura.®joint 300 mm centre bulb waterstops for the diversion and headrace tunnels, surge chambers and power house. “The main headrace tunnel is 4 470 m long and 12.8 m wide, and delivers water to the surge chambers and turbine house, situated about 5 kms downstream,” Enerson states.

The Zambian government initiated the construction of the 750 MW KGL power station, 90 kms from Lusaka, the country’s capital, in November 2015. Being built by the Chinese company, Powerchina Sinohydro Construction, with Norconsult as project consulting engineers, KGL will be the third largest hydroelectric power station in Zambia on completion.

“It is a massive project with the dam wall, constructed with roller compacted concrete (RCC), being about 140 m high and 387 m long. A total of about 1.43 million cubic metres of RCC will be required for its construction. The bypass tunnel is about 600m high and 30m wide, and the inlet chamber is 73 m high and 37 m wide,” Enerson adds.

A total of 5 000 linear metres of dura.®joint 300mm centre bulb waterstops has been supplied for the Farahantsana hydroelectric dam, 30 kms north of Madagascar’s capital, Antananarivo (Tana), on the Ikopa River. A consortium of local and overseas partners is handling the construction of Centrale Hydro Electrique Farahantsana which includes a run-off dam, water intake, sand trap, supply channel, loading chamber, line of penstocks, and a production plant equipped with four turbines. The total volume of concrete for this project is 40 000 cubic metres. Mauvilac Artipro in Antananarivo, Madagascar, the a.b.e.® /Chryso® distributor in Madagascar, handled the supply of the waterstops in conjunction with managing agent, Chryso® Mascareignes, based in Reunion.

The large run-of-river 28 megawatts hydroelectric plant will supply electricity to the main RI-Tana grid of Jirama, as well as a 390 kW micro-hydro plant to power the construction phase and low-flow periods.

Enerson says the dura.®joint waterstops supplied for these two projects are flexible and easily welded on site to provide the primary seal in the waterproofing of water retaining and/or water excluding structures. They are widely specified to prevent regress or ingress of water or liquids through construction or expansion joints in water-retaining structures such as dams, reservoirs, digesters, water towers, canals, basements, and retaining walls.

dura.®joint waterstops are also available in three other formats:

* dura.®joint waterstops  produced from natural rubber in straight lengths and factory-moulded intersections, and are flexible enough to accommodate high joint movements exceeding 10mm in width and water heads 10 metres high. Available in centre bulb profiles for expansion joints (as supplied for the two hydroelectric projects), and dumbbell profiles for contraction joints with no shear movement, the durable rubber waterstops have a ‘memory’ and return to their natural profiles after long periods of extension, deflection or rapid and repeated movement. “

* dura.®joint SW-B, sodium bentonite (absorbent clay) waterstops:  seal by immediate swelling and crystallisation, and are used for cold joint sealing of in-situ concrete construction where conventional waterstops are impractical such as in restricted space or access situations.

* dura.®joint SW-R Hydrophilic Butyl rubber waterstops: these are high performance synthetic elastomer strips that seal prefabricated concrete elements such as joints in tunnels and shafts, and may also be used for open joints. 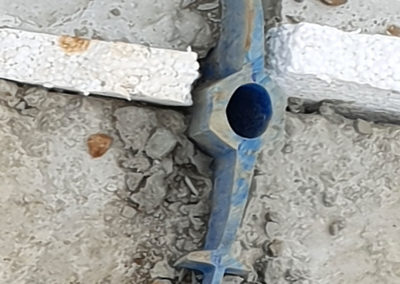 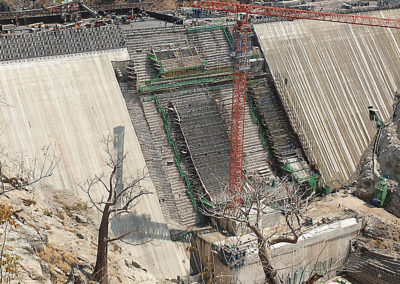